A friend in need is a friend indeed

What's the meaning of the phrase 'A friend in need is a friend indeed'?

There are various interpretations of the meaning of 'a friend in need is a friend indeed'.

There is some debate about the meaning of this expression.

So, that gives us four options:

The original meaning can be resolved to some degree by the documentary evidence - see below. Nevertheless, although most people have no doubt that No.1 is correct. There is no unambiguous right or wrong here and this is a phrase the meaning of which we probably infer from the context in which we first hear it.

Whichever of the above options we initially opt for will cement our understanding of the phrase, probably forever.

What's the origin of the phrase 'A friend in need is a friend indeed'? 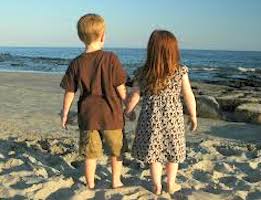 A version of this proverb was known by the 3rd century BC. Quintus Ennius wrote: 'Amicus certus in re incerta cernitur'. This translates from the Latin as 'a sure friend is known when in difficulty'.

The Oxford Dictionary of Quotations lists it as existing in English from the 11th century. The earliest version I can find is from Caxton's Sonnes of Aymon, 1489:

"It is sayd, that at the nede the frende is knowen."

The morality play Everyman also contains similar lines. The play's date is uncertain and scholars place it as 'late 15th century'. This could be before Caxton's work:

Fellowship: Sir, I say as I will do in deed.
Everyman: Then be you a good friend at need;

In the 16th century the proverb was recorded as follows in John Heywood's A Dialogue Conteynyng Prouerbes and Epigrammes, 1562:

Prove [that is, test] thy friend ere [before] thou have need; but, in-deed
A friend is never known till a man have need.
Before I had need, my most present foes
Seemed my most friends; but thus the world goes

So, what does that evidence indicate in terms of original meaning? Ennius' text is ambiguous and, being a later translation, can't be considered the original source of the phrase in English. Caxton's version is also unhelpful. The Everyman play is clearer in its intent and supports interpretation 2. Heywood's verse can't be considered the original meaning as the other citations pre-date it. Nevertheless it is worth considering as Heywood was an indefatigable recorder of proverbs as understood in England in the 16th century. It is safe to say that, whatever view we have now, in 1562, either 1 or 2 was the accepted meaning.

Neither interpretation 3 nor 4 appears to be supported by early texts and, as neither is widely accepted today, it seems safe to discount them. On the balance of evidence, interpretation 2 has the best claim to be the original meaning of the phrase.

So, all of the above points to the meaning being 'a friend, (when you are in need) is someone who is prepared to prove their friendship (by their deeds)' .