Taken for a ride

What's the meaning of the phrase 'Taken for a ride'?

To be 'taken for a ride' is to be deliberately misled or cheated. Alternatively, and primarily in the USA, it means to be abducted in a vehicle and murdered.

What's the origin of the phrase 'Taken for a ride'?

Of course, people can be taken for a ride in a literal sense, that is, taken on a trip in a vehicle. That's not what we are looking at here but rather the two figurative meanings: 'being fooled or tricked' and 'being taken on a one-way journey to one's murder'.

Let's look at the 'being fooled' meaning first. This originated in Canada in the 1920s. The first example that I know of of the expression in print is in the 1925 volume of the US glossary Dialect Notes:

It seems that a particular ride was being referred to when the expression was coined but what the nature of that ride was no one now knows. The use of the phrase to mean trick or cheat spread widely and by the 1950s it was in use throughout the English-speaking world. 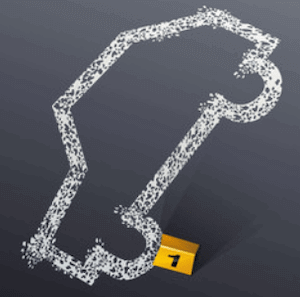 The second meaning, 'taken by a vehicle to be murdered' also derives from the Americas in the 1920s. There's a large lexicon of mobster phrases and, like supposed pirate lingo, for example, 'shiver me timbers' and 'yo ho ho and a bottle of rum', most of them are inventions of later novelists and screenwriters rather than of mafia hitmen. For example, no one in the days of Al Capone was ever said to have been dispatched in a concrete overcoat or invited to discuss matters in a 'sit-down'. Nevertheless, the expression 'taken for a ride' is indeed a genuine mobster phrase. It hardly qualifies as metaphorical as hapless victims were indeed taken on a one-way ride, straight to the scene of the murder.

The first example that I can find of the phrase in print is in the Pennsylvania newspaper The Evening News, November 1924:

"...again another victim had been "taken for a ride." The body, bearing 3 bullet wounds, was found slumped in an alley where, police believe it had been hurled from an automobile."

Despite the proximity of geography and date of their origin the 'tricked' and 'murdered' meanings of 'taken for a ride' aren't connected.